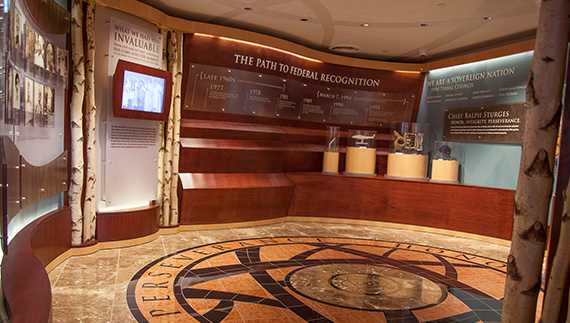 As a sovereign nation, the Mohegan Tribe has a responsibility to provide for its people and to work within its own governmental, legal and cultural systems to preserve its independence.

As a sovereign nation, the Mohegan Tribe independently determines its own fate and governs its own people and affairs. That means we also have the responsibility to provide for our people and to work within our own governmental, legal and cultural systems to preserve our independence.

Over the years, the United States and Connecticut governments have also defined their relationships to the Mohegan Tribal Nation. While these definitions do not change the fundamental independence of the Tribe, they have become part of the provisions that other political entities use as the basis for their interactions with us.

For more information about the Mohegan Tribe as a Sovereign Nation, download the The Mohegan Way newsletter, Summer 2008 (.pdf)

The Congress shall have Power...[t]o regulate Commerce with foreign Nations, and among the several States, and with the Indian Tribes...

This sovereignty of American Indian tribes was also upheld by the U.S. Supreme Court in decisions made in the 1800s 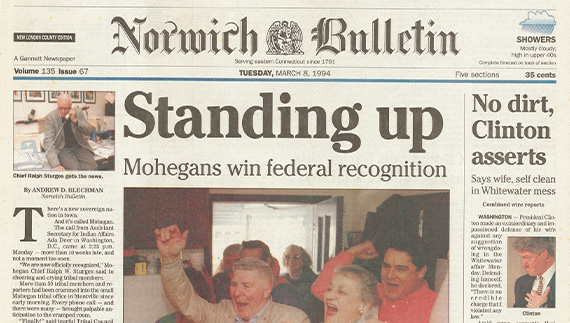 The Mohegan Tribe gained federal recognition as a sovereign nation on March 7, 1994. However, we have existed in southeastern Connecticut for hundreds of years and as part of the indigenous North American population for 10,000 years.
Learn about federal recognition