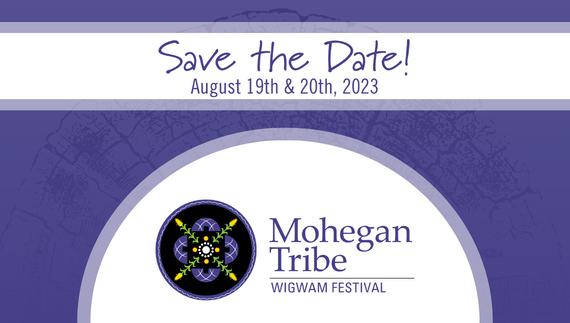 The Wigwam, or Green Corn Festival, is a celebration of thanks, a symbol of Tribal survival and the chance to feel connected to other Tribal members, past and present.

As with any culture, traditions and symbols serve to connect us to our history, our spiritual life and each other. One of the tragedies for many Indian tribes is that years of repression have caused these traditions to be lost. Still, one of the most unifying traditions for the Mohegan people survives today. The Wigwam, or Green Corn Festival, is all at once a celebration of thanks, a symbol of Tribal survival and the chance to feel connected to other Tribal members, past and present.

Before the arrival of the Europeans, Mohegans held several celebrations throughout the year to give thanks to the Creator for the earth's many gifts. The annual Corn Thanksgiving was most important. Tribespeople thanked Mundu, the Creator and Great Mystery for the gift of corn, a source of both spiritual and physical sustenance.

The name "Wigwam" comes from the word Wigwomun, meaning "welcome" or "come in the house." In many ways, the Wigwam was a community open house and homecoming. Both corn and home play central roles in the celebration.

In early times, the Festival was held on the site of the current Mohegan Church, at a "fair tree." But the tradition started to fade in the 1800s with increasing pressure for the Tribe to Christianize and assimilate. Medicine Woman Emma Baker revived the Festival just as Tribal lands started to break up in 1860. She incorporated it with the activities of the Mohegan Church Ladies' Sewing Society, making it a source of Tribal solidarity. Inspired by the chance to retain their identity at a dark moment, the Tribe became determined that this should happen.

Corn gains increased significance when it is parched and ground as yokeag. Mohegans have beaten corn with a mortar and pestle since the earliest times. The act of grinding yokeag ties Mohegans to their ancestors and each other, particularly through women. Grinding yokeag is a part of the Wigwam Festival and it might be served a number of ways, including on ice cream. But corn is also served as the traditional succotash, a combination of corn and beans, two of the "Three Sisters" of traditional Mohegan agriculture (with squash being the third).

Emma Baker's Wigwam Festival included building a brush arbor. It took eight to ten men to cut and set the poles and then weave birch saplings along the top and sides, forming a large enclosure. One entrance was at the east end, and one at the west, which led to the cook house. Tables were set up for meals and to showcase items made by Tribespeople. The first table was the candy table, followed by the table of baked goods. In the middle was the "fancy table" featuring everything from baskets and carving to beadwork and aprons. Locally grown food was served at mealtime: clam chowder, oyster stew, succotash and yokeag.

Like many traditions, the Wigwam Festival celebrates tradition even as it evolves. For many years in the 20th century, the Festival helped raise funds for the Mohegan Church and for Mohegan activities. In 2003, in an effort to scale back and return to its roots, the celebration returned to Fort Shantok after many years at a local high school.

Today, it is held at Fort Shantok at the end of summer, with the corn harvest, during the third weekend in August. This gives us an opportunity to get together and share some aspects of our culture with our friends and neighbors in the community. In keeping with tradition, it includes crafts and food items for sale, plus traditional dance and storytelling. 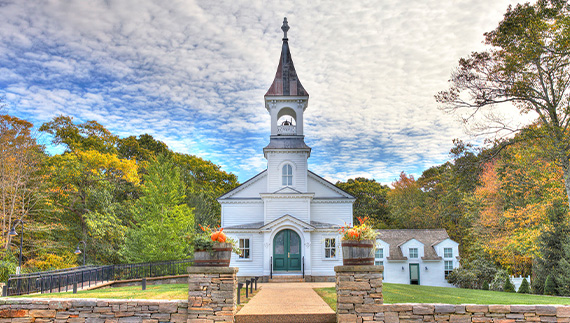 Located on Mohegan Hill, today, Mohegan Church continues to be an active tribal institution for religious, political, educational, and social functions.
Learn about the Mohegan Church