Throughout the 20th century, the Mohegan Tribe looked to its succession of chiefs for guidance during this difficult time of increasing pressure on Tribal customs and traditions.

Throughout the 20th century, the Mohegan Tribe looked to its succession of chiefs for guidance during this difficult time of increasing pressure on Tribal customs and traditions. 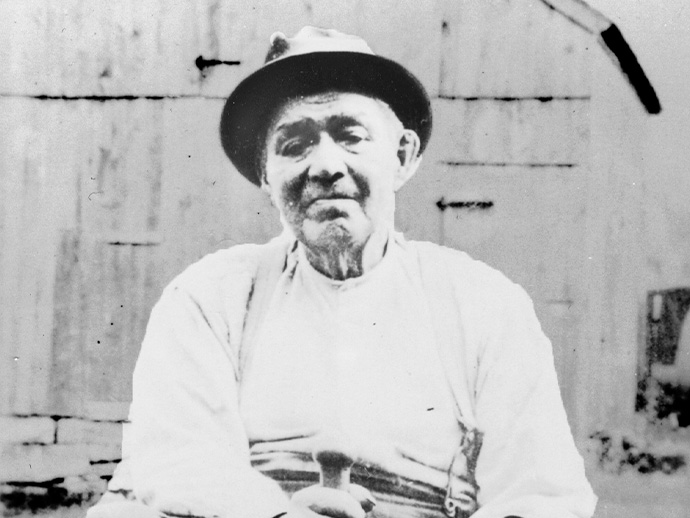 A renowned basketmaker, from a long line of basketmakers, Mathews' style remains one of the most admired. Utilizing extremely narrow natural and verdigris ash splints he created baskets for sale, ceremony and display. 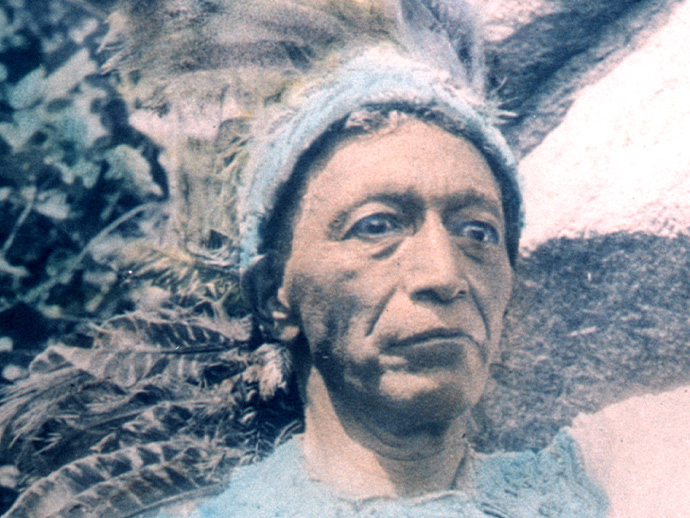 A peace chief born in 1859, Lemuel was active in the Boy Scouts, Mohegan Church and the Wigwam Committee. In 1921, he traveled to Washington, D.C. in an attempt to reclaim the Royal Mohegan Burial Ground. He also served on the Algonquian Indian Council. 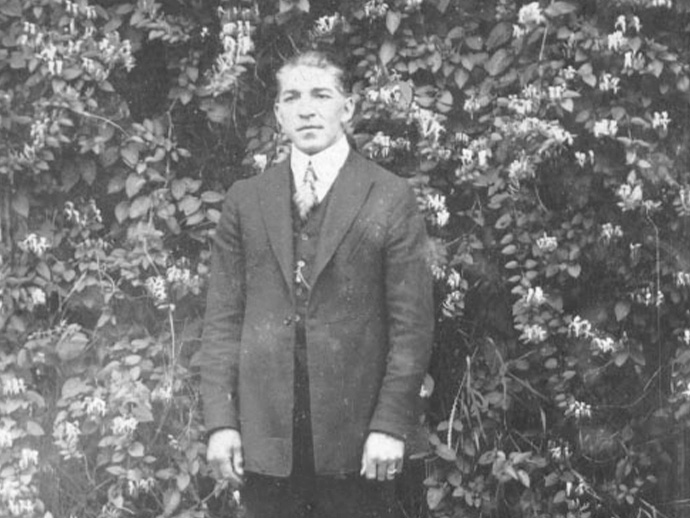 Everett was the son of Lemuel and Alice Fielding. He was born in 1887 and served as assistant chief of the Mohegan Indian Association before becoming Tribal chief. Fielding was also active on the Wigwam Committee. He had one daughter, Elsie Lucille Fielding Eichelberg.

Born in 1872 to Gertrude and Gerry Harris, Chief Peegee was an avid hunter. His contributions include representing the Tribe before the state legislature in 1941, serving on the Tribal Council and Wigwam Committee and on the Algonquian Indian Council. He married Elizabeth Burniston and they had one child, Raymond Norton Harris. 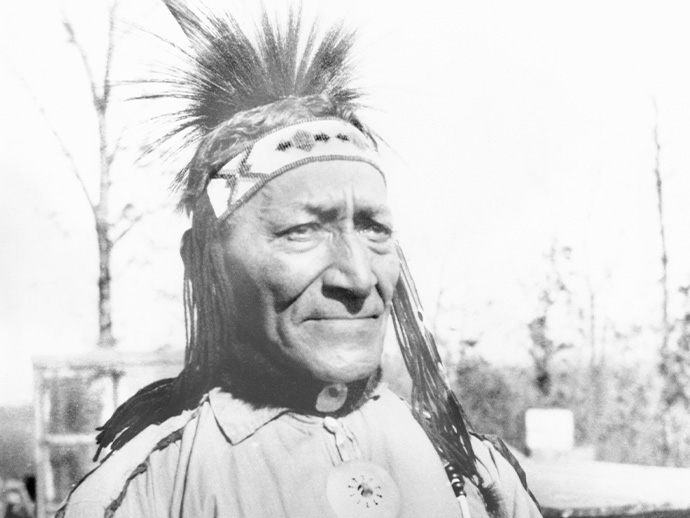 Burrill was a war chief, born to Eliphalet and Lydia Fielding in 1862. He married Annie L. Teevan and worked hard to keep the Tribe together and maintain the traditions of the Wigwam Festival, both in construction of the arbor and in making clam chowder, oyster stew and yokeag. Matahga also fought for land claims in Hartford, including the return of the Royal Mohegan Burial Ground. Burrill was also president of the Mohegan Tribal social club. 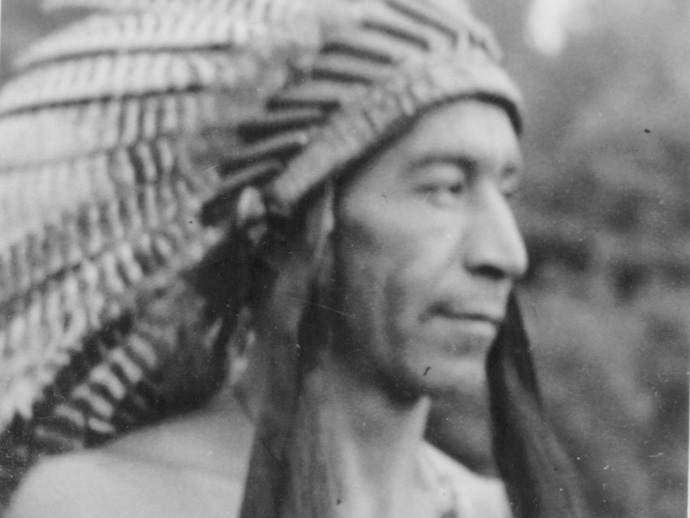 In 1904, Harold was born to Harriet and John W. Tantaquidgeon. Along with his father and sister, Gladys, he co-founded the Tantaquidgeon Museum, where he practiced woodworking, lectured on Algonquian Indian lore and built a long house and wigwam. Also active in the restoration of the Mohegan Church, he was a hero in World War II and opened the Mohegan-Pequot Bridge with Governor Dempsey in 1967. He was known for his involvement with outside activities and teaching children about Mohegan traditions, reasoning, "One day, when some of them grow up to become congressmen and senators voting on Indian issues, maybe their visit here will guide them to vote the right way." 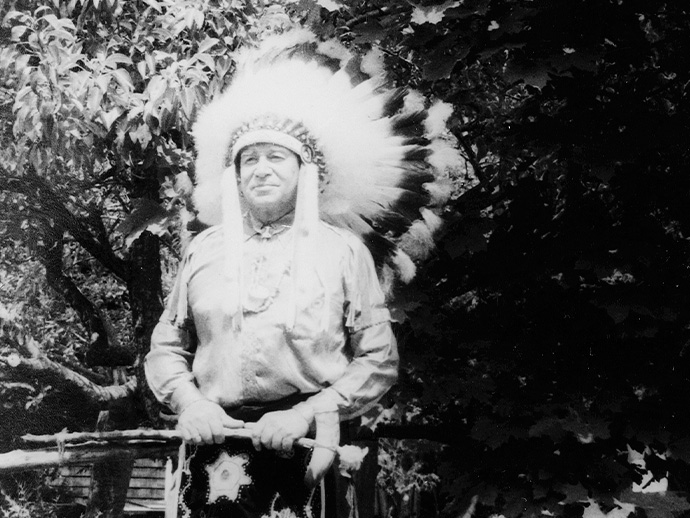 The son of Edwin Fowler and Elizabeth Northdruft, he was born in 1905. Courtland married Hope Holder. He was responsible for the repair of the Mohegan Church and the addition of the Sunday School in the 1950s. He fought to preserve Tribal burial grounds, keeping Ashbow burial ground from being absorbed by neighboring property owners and opposing vandalism at Shantok, as well as advocating for its return. 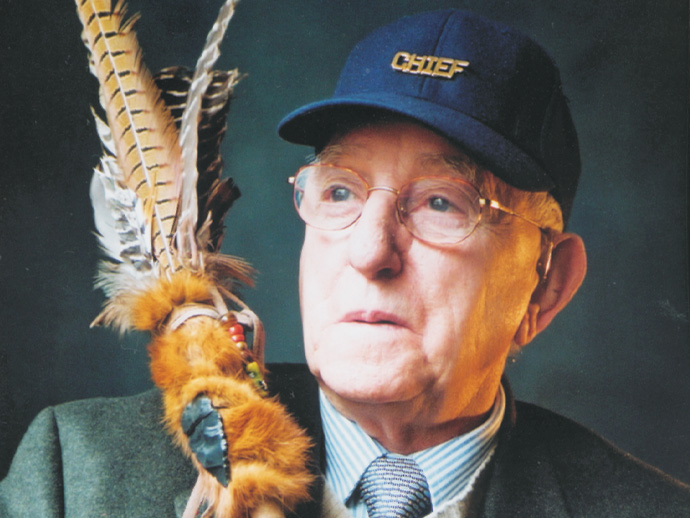 Ralph Sturges, born in 1918, is one of a long line of Mohegan chiefs since Uncas who have followed his example as a friend of the non-Indian and man of his word. Those values enabled him to serve successfully as a security and intelligence officer in World War II. Ralph became a marble sculptor, a lifelong passion that places him in a long line of great Mohegan carvers who were also chiefs. His local artistic contributions include a donation of a whale sculpture to the late Governor Ella Grasso and the presentation of a relief carving of Uncas' mark to Uncas Elementary School in Norwich, Connecticut. Ralph also carved an Indian head logo (designed by the late Michael Cooney) for Montville High School in 1986 and the base for the repatriated Samuel Uncas gravestone in 1992.

During the 1980s, Ralph served on the Mohegan Tribal Council and chaired the Burial Committee. Following the death of Courtland Fowler, Ralph was elected Lifetime Chief in 1992. His greatest accomplishment was leading the Mohegans to successfully complete the federal recognition process. Following federal recognition in 1994, Ralph Sturges became the first Mohegan Chief legally acknowledged by the United States government. 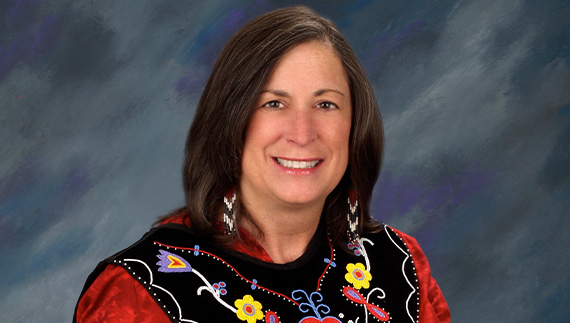 Marilynn “Lynn” Malerba became the 18th Chief of the Mohegan Tribe on August 15, 2010, and is the first female Chief in the Tribe’s modern history.
Learn about our current chief