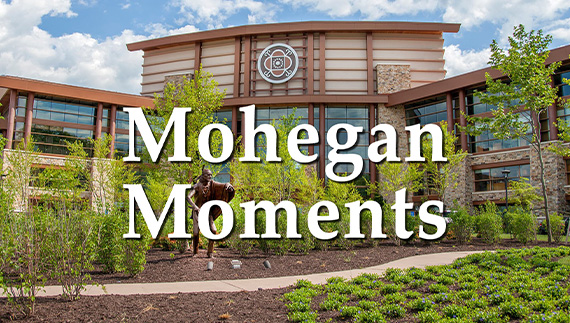 Mohegan Moments is a video series where Tribal leaders and members detail topics important to Mohegan Culture. Each month, a new video on a different topic is shared.

The first video in the Mohegan Moments series features Chief Many Hearts, Dr. Lynn Malerba, speaking on Mohegan Chiefs and Self Governance.

The Mohegan Church, founded in 1831, is both a historical and spiritual site for the Mohegan Tribe. Learn more about the church and its history from Elder and Justice Joe Smith.

Born in a wigwam on Mohegan land, Samson Occom was one of the first ordained Christian Indian ministers. Learn more about Samson Occom's life from Tribal Historian Jason LaVigne.

Did you know a Mohegan wigwam’s dome shape was made by creating a series of arches using hickory saplings? Learn more about wigwams from Tradition Specialist Greg Chapman.

Learn about the Mohegan Tribe's garden and the crops grown within it at the Tantaquidgeon Museum from Tradition Specialist Greg Chapman.